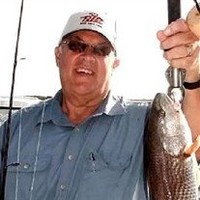 August "Gus" H. Battles, of Ocala, Florida, 69 years old, passed away in Ocala, FL on Tuesday, October 13, 2015. He was born on January 29, 1946 in Mishawaka, Indiana; son to the late Woodrow and Bertha (Vandewalle) Battles. He graduated from St. Joseph High School, South Bend, IN in 1964 and Purdue University College of Veterinary Medicine, West Lafayette, IN in 1970. He pursued a post doctoral fellowship in laboratory animal medicine and a Master's of Physiological Science from the College of Medicine at the University of Florida in 1986 and was received Diplomat of American College of Laboratory Animal Medicine. He finished his career with twelve years at University of Florida, which he enjoyed very much.

Memorial contributions may be made to Hospice of Marion County - http://www.hospiceof marion.com/donations.html,

Arrangements are under the care of Hiers-Baxley Funeral Services, TimberRidge Chapel, 9695 SW 110th St. Ocala, FL 34481. Condolences may be expressed at www.hiers-baxley.com.